Amazon Prime Video faces some stiff competition from the likes of Netflix, Hulu, and Disney Plus, but between Prime Originals and classic movies there’s alway something to watch. This is no different for comedies on Amazon Prime Video, with a number of fantastic shows and movies on offer.

If you’re looking for something funny to watch right away, you’ve come to the right place. Here are the best comedy shows and movies on Amazon Prime Video!

Editor’s note: We’ll be updating this list of the best comedies on Amazon Prime Video regularly as new content is added to the platform. This classic 1980 comedy is regularly listed among the funniest movies of all time, and it’s available for streaming on Amazon Prime Video. On the surface, the movie’s plot is a standard disaster flick, with a full flight thrown into danger by a terrible case of food poisoning. In reality, the film is chock full of hilarious slapstick gags and surreal humour that will have you laughing throughout. If you somehow haven’t seen already seen Airplane!, go watch it right now. When a senior at a Catholic high school decides to reinvent herself before moving to the Big Apple for college, she quickly comes face to face with the reality and hardship of adult life. Lady Bird is a charming independent comedy-drama, and won over a number of accolades when first released in 2017.

3. Four Weddings and a Funeral Hugh Grant stars in this 1994 romantic comedy on Amazon Prime Video, where a bachelor may have met his perfect partner. The film follows Charlie and his group of friends as they attend four weddings and a funeral (well duh), encountering this Miss Right at every turn. It’s one of the best romantic comedies of all time, and one of the most successful British movies ever released. Stick to the 1994 film over the 2019 Hulu Original series of the same name.

Watch Four Weddings and a Funeral on Amazon Prime Video Leslie Nielsen, riding a wave of success that kicked off with Airplane!, stars in yet another classic comedy film available on Amazon Prime Video. This time, he’s playing the bumbling police lieutenant Frank Drebin. Like Airplane!, it’s frequently ranked among the best comedy films of all time, influencing countless comedies in the years since its release. You can watch The Naked Gun, as well as its two sequels, on Amazon Prime Video today. If you’re more in the mood for stand-up comedy, Amazon Prime Video has you covered. There are a number of great comedy specials to choose from, but the 14th and final special from George Carlin is a great place to start. It was released just a few months before his death, but it features the foul-mouthed, tell-it-like-it-is comedian at his very best. Midge Maisel is the perfect 1950s housewife: she cooks exquisite meals, never has a hair out of place, and lives in an elegant apartment with her upper middle class husband and kids. When she finds out that she has a knack for stand-up comedy, she might just give it all up for more time on the big stage. The Marvelous Mrs Maisel takes on the bold-faced sexism of the era with biting sarcasm, making it easily one of the best original comedy shows on Amazon Prime Video. Good Omens, based on the novel of the same name by Terry Pratchett and Neil Gaiman, is about a demon and an angel who team up to prevent armageddon and the final battle between Heaven and Hell. Their motives aren’t exactly pure, as they’d rather continue to enjoy their cushy lives on Earth than fight to the death in the end times. It’s a fantastic adaptation of the book, and since it’s a limited series with just six episodes, you can knock out this Amazon Prime Video original comedy in a single binge session. This incredibly popular NBC comedy series helped launch the career of Chris Pratt, and maintained a remarkably high quality for a full seven seasons. It stars Amy Poehler as Leslie Knope, an overly perky and optimistic civil servant in a small-town parks and recreation department, alongside a fantastic cast of characters that include Nick Offerman as the legendary Ron Swanson. Parks and Rec really finds its footing in the second season, so make sure you stick with it. You won’t regret the decision. Entourage tells the full story of an A-list actor when he moves to Los Angeles with his not-so-glamorous group of friends. It deals with real issues in male friendship in a humorous way, pulling back the curtain on the lives of the rich and famous in Hollywood. The series is noted for frequent cameo appearances by real celebrities and athletes, and you can stream all eight seasons of this great comedy-drama show on Amazon Prime Video. From the mind of comic Larry David of Seinfeld fame, Curb Your Enthusiasm is really a window into the life of a fictionalized version of David himself. As the title implies, the show pokes fun at people’s false enthusiasm, responding with dry humor and ridicule. You can stream all eight seasons of the comedy show’s original run on Amazon Prime Video, although the ninth and upcoming tenth seasons are exclusive to HBO at the time of writing.

That’s it for our list of the best comedy shows and movies on Amazon Prime Video. Which one will you be watching tonight?

The best movies you can watch on Amazon Prime this October

The much needed feature all streaming services are missing: Subscription pausing

The best Amazon Prime shows you can stream right now

How to change subtitles and language on Amazon Prime Video

from Android Authority https://ift.tt/2MYE9ZJ
via IFTTT 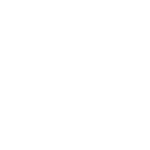